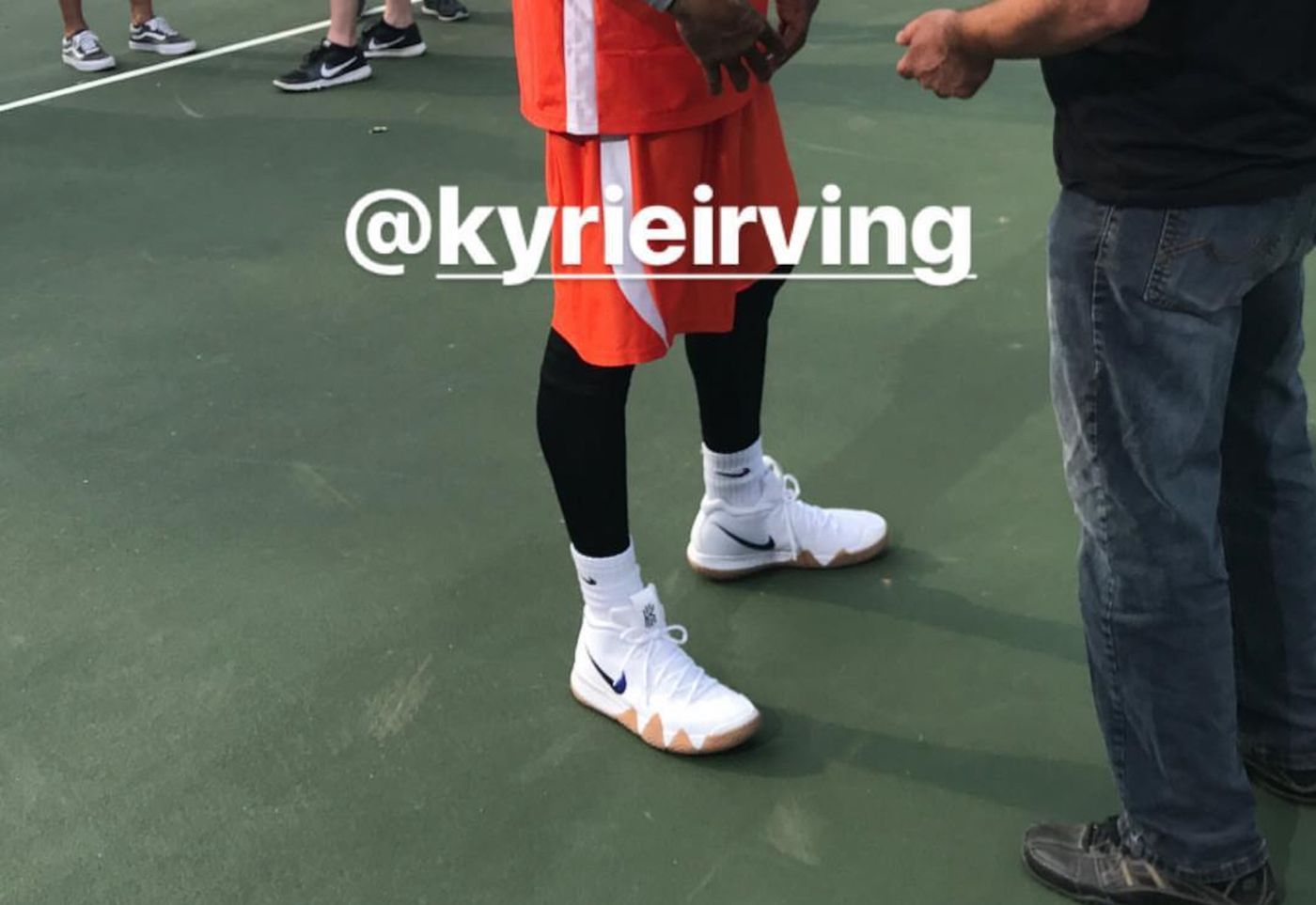 It wasn’t Kyrie Irving, but Uncle Drew that debuted the Nike Kyrie 4.

With the undoubted success of the Kyrie 3, and whether you liked the performance or not, it sold quickly in most colorways so it was a no-brainer that Nike would design and release a fourth version.

With the surprise move to Boston last month, the name “Kyrie” has never been hotter. A new Uncle Drew movie is filming and an All-Star cast including Shaq, CWebb, Lisa Leslie, Reggie Miller, and Nate Robinson, have filled the roles. Thus, it may have been the perfect time to debut the Nike Kyrie 4. 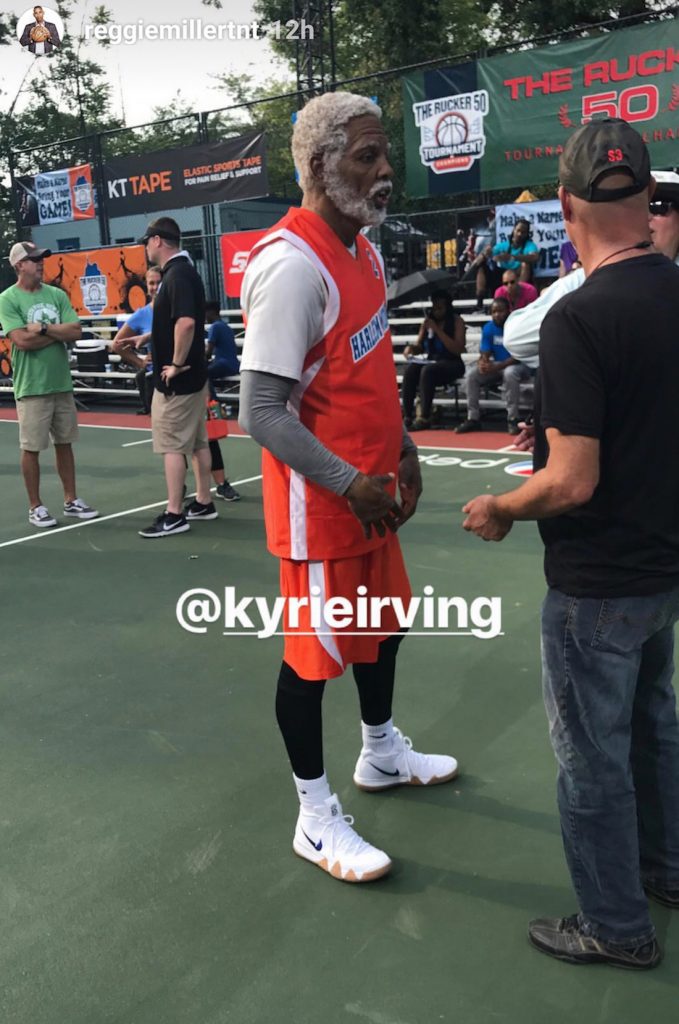 Seen here on Reggie Miller’s Instagram story (@reggiemillertnt), the Kyrie 4 seems to follow the pattern of the series — sidewall traction for grip while driving, low profile cushioning, and mid-top cut just at the ankle. The lacing system and tongue are almost identical to the Kyrie 3. No word on the cushioning, but the smart bet is Zoom in either the heel or forefoot, but not both (like Kyrie’s PEs).

Stay tuned to WearTesters for more information as it becomes available. Until then, let us know if you played in the Kyrie 3. Did you enjoy them? What would you like to see in the 4?

You can check out a brief synopsis of the Uncle Drew film while you wait for the Kyrie 4.

#Regram from @sportscenter: Exclusive first behind-the-scenes look: @KyrieIrving and the cast of the upcoming #UncleDrew. Can you name all the NBA stars?

Bryan Hinkle, aka Duke4005, has been playing ball any and every where around Dallas/Fort Worth for over half his life. His favorite shoe ever is the Nike Air Maestro and his favorite player is Grant Hill.

AND1: The Best Shoes of a Legendary Brand